What Is A Shell Company And Corporate Alter Ego

I sometimes hear people refer to a business as a “shell company.”  This is an informal term, not a legal one, but is usually used to refer to a company that has a valid charter from the state, but has no assets, and may not even be operating.

This matters only if you are suing them, or trying to collect from them.  Sometimes it may provide grounds for holding the owners personally liable for company debts, if you can show that the owner was acting fraudulently.

Generally, a corporation, limited liability company or limited partnership, has a separate legal identity from the owners.  This helps protect the shareholders from liability for corporate debts.

For example, if General Motors sold you a car with defective brakes, or refused to pay for the goods and services you provided to them, the officers, directors and shareholders of General Motors are not responsible for those claims.  You can get paid only from the assets of the corporation.  The same is true of much smaller companies, if they are being correctly managed and operated.

Members and managers of limited liability companies have the same protections. 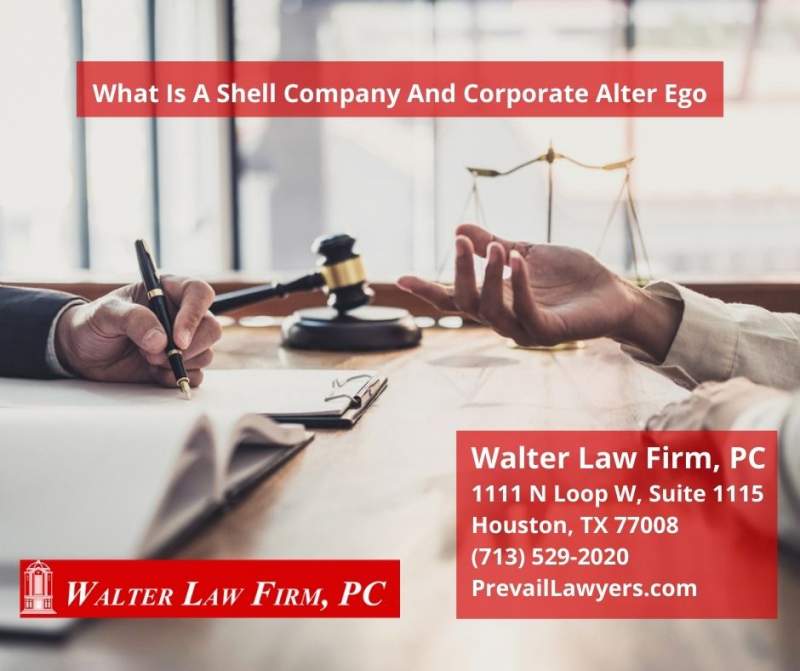 However in some circumstances, it is possible sue the shareholders individually.  For example, if a debt is personally guaranteed by a shareholder, the creditor can enforce that debt against the shareholder as well as the corporation.

Similarly, if the shareholder signs a contract that indicates that they are the ones obligated, and not the company, then they will have personal liability.

If  the corporation fails to maintain a current status with the Secretary of State, its charter can be forfeited, and again the shareholders can be held responsible.

When Can You Pierce the Corporate Veil?

Some evidence of treating a company as the alter ego of the owner might be: failure of the company to keep proper books and records, commingling company and personal funds, using company funds to pay personal debts, or transferring all of the company assets to the shareholder, without maintaining sufficient assets or revenue to pay company debts.

None of these are sufficient, though.

In order to hold individuals liable for a solely corporate obligation, the creditor must now show that the individual caused the corporation to be used for the purpose of perpetrating, and did perpetrate, an actual fraud on the creditor, for the benefit of the individual.

Actual fraud is difficult to prove, but not impossible.

If you think you have been defrauded by a company which has engaged in fraudulent actions, call us because